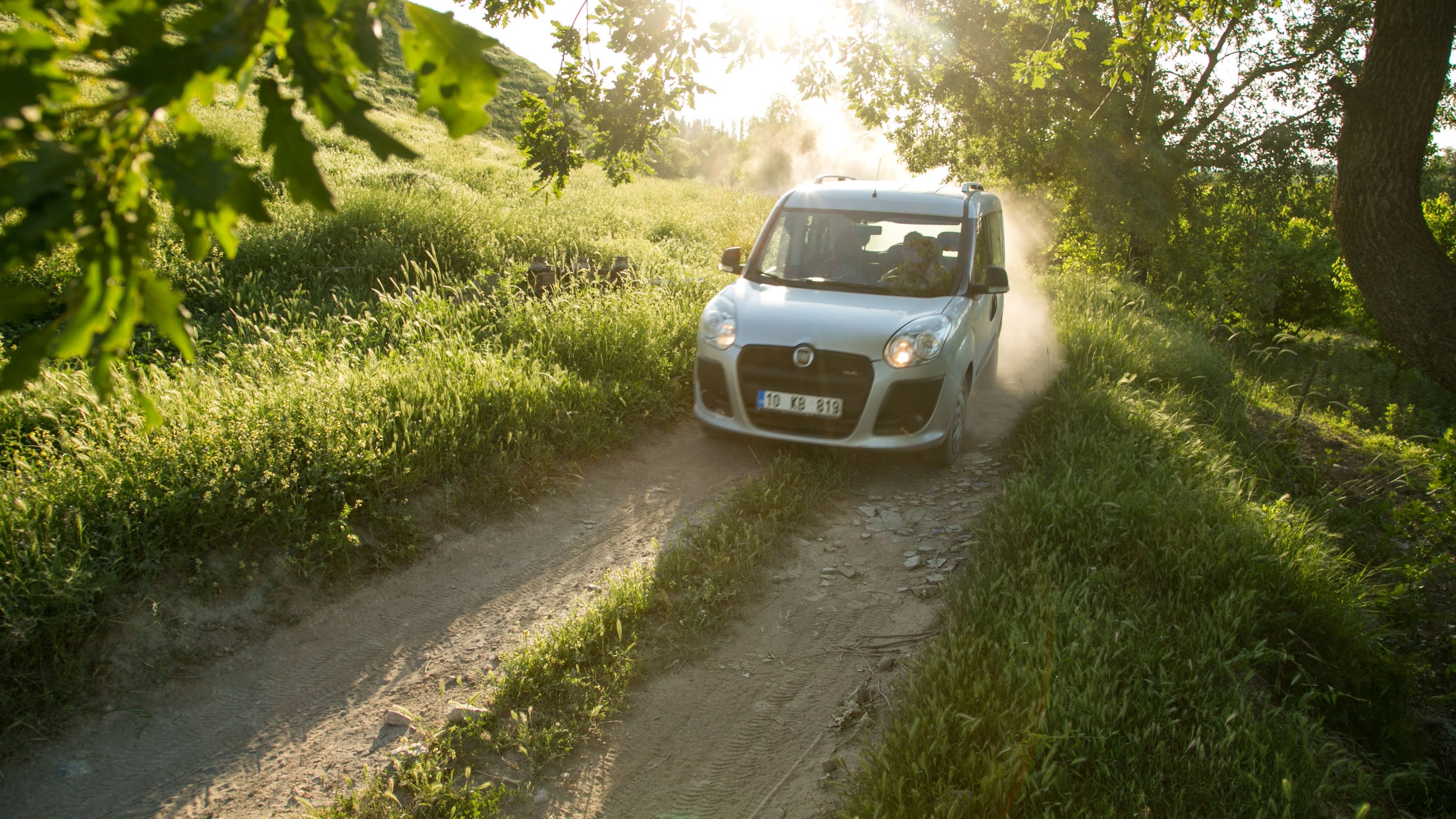 The city of Colossae in the Roman province of Asia was located primarily on the south bank of the Lycus River inside the Lycus Valley, near the foot of Mount Cadmus, southeast of Hierapolis and east/southeast of Laodicea. Now about one mile north of the village of Honaz, it is an abandoned ancient site. Established as early as the 12th century BC during the Phrygian Kingdom, Colossae had previously been a major city, located around 120 miles east of Ephesus on the ancient road from the Anatolian coast toward Syria and Mesopotamia, which meant that merchants, travelers, and armies would pass through the city. In about 481 BC, when Xerxes marched to Sardis on his way to Greece and the famous battle of Thermopylae, he made a stop in Colossae (Herodotus, Histories). Around 400 BC, Xenophon called Colossae one of six large cities of Phrygia (Xenophon, Anabasis). However, it had lost its place of prominence by the 1st century AD when Paul wrote to the city. Nearby Laodicea was established in the 3rd century BC, taken over by Rome in 133 BC, and soon after the major road was relocated through Laodicea, bypassing Colossae and contributing to the rise of Laodicea and the decline of Colossae. In the 1st century, it seems that Colossae was a “town” (polisma), and compared to Aphrodisias, a place with impressive remains, but not as large or important as the nearby “city” of Laodicea with which Colossae was contrasted (Strabo, Geography). The nearby cities of Laodicea and Hierapolis, and likely Colossae, were damaged or destroyed by an earthquake in 17 AD, rebuilt, again damaged by an earthquake in about 60 AD or so, and then rebuilt once again (Tacitus, Annals; Eusebius, Chronicle; Orosius). The fields around Colossae yielded produce such as olives and figs, and the many sheep pastured in the area contributed to a wool industry which included the production of a popular wool dyed dark red/purple. In the 1st century AD, Pliny wrote about the purple wool of that Colossae was famous for, made with a dye from the cyclamen flower, and the Latin word “collossinus” (purple wool) seems to be derived from the name of the city (Pliny, Natural History).

Rediscovered in 1836, but never excavated, Colossae was only mentioned in passing by ancient writers (cf. above and Polyaenus, Stratagems of War; Diodorus Siculus, Universal History; Eusebius, Chronicle). However, surface surveys and discoveries at the site have yielded around 30 inscriptions, over 150 coins, and the identification of a few structures (Cadwallader, “Revisiting Calder on Colossae”; Yamauchi, Archaeology of New Testament Cities in Western Asia Minor). Although the acropolis and main part of the city were located south of the Lycus River, investigations suggest that at one point Colossae actually occupied both sides of the river. The city had a theatre on the east side, a necropolis/cemetery on the north side of the river, baths, a defensive wall, a stone lined pit on the west perhaps used as a silo, a Byzantine church, and what appeared to be a cardo lined with columns. Unfortunately, most of the inscriptions, reliefs, and carved stonework that was visible had been removed by locals for display or use in building projects (several items are now on display at the Denzili Museum though). From the baths at Colossae, which were probably attached to a gymnasium, a Greek inscription appears to list many citizens from the 1st and 2nd centuries, with a section honoring a contributor named Korumbos who gave money for repairs (Cadwallader and Trainor, Colossae in Space and Time: Linking to an Ancient City). This may be related to repairs done to the city after the earthquake around 60 AD which did significant damage to the cities in the valley. Several known varieties of Roman period coins of Colossae bear the name of the city, Roman officials, and various gods, including Artemis, Helios, Dionysis, Demos, Boule, Tyche, Isis, Serapis, and a local river god. The coins demonstrate typical Hellenistic and Roman religion, plus local Phrygian deities worshiped in the region. , the Roman imperial cult, and Judaism. Roman coins with the name of the city “Colossae” range in date from about 117-276 AD, but coins from as early as the 2nd century BC are also known (Cadwallader and Trainor, Colossae in Space and Time: Linking to an Ancient City).

Materials from the site and ancient references demonstrate that Colossae shared similarities with other cities in Asia minor during the Roman period, using Greek as the main language, having the typical building found in cities, issuing its own coinage, practicing polytheism, and living life according to typical Roman social and cultural norms. The people had families, servants, understood Greek, used Roman money, worshiped various deities, and worked primarily in the agricultural sector. Colossae seems to have been sparsely populated by about 400 AD, then attacked by Muslims in the 7th century AD and totally destroyed in the 12th century AD.

Although Colossae was possibly the smallest of the three cities in the valley, the letter was sent to the church there because of the personal connections of Paul to Epaphras, Philemon, and Onesimus, and because Onesimus was returning to Philemon in Colossae with Tychius (Colossians 4:7-9; Philemon 10). Both Philemon, who was a church leader and host, and Onesimus, were members of the church in Colossae (Philemon 1-2; Colossians 4:9). It is also possible that there was a much larger Christian community in Colossae at that time, but by around 90 AD and the writing of Revelation it had shifted to the major urban center of Laodicea, perhaps as a result of the earthquake in the region (Revelation 1:11; Colossians 4:13-16). The church in Colossae and the Lycus Valley apparently was established while Paul was living in Ephesus around 55 AD (Acts 19:10). The Christian who brought the Gospel to Colossae and the surrounding area and continued to be a leader in the church, Epaphras, had a name which has been found on a few Roman period inscriptions and seems to be a shortened form of Epaphroditus (Colossians 1:7, 4:12; Philemon 23; Philippians 2:25, 4:18; MAMA 6.15; Arndt et al., A Greek-English Lexicon). Interestingly, an inscription found at Colossae contains the name T. Asinius Epaphroditus, demonstrating the use of the name in the Roman period at Colossae (McRay, Archaeology and the New Testament). Unlike many of the cities in Asia minor, Paul did not bring the Gospel to Colossae, and he may never have even visited the city (Colossians 2:1, 4:12-17). When Paul finally wrote the letter to the Colossians, he was imprisoned, perhaps in in Caesarea, but more likely in Rome (Acts 28:30-31). Since no mention of the earthquake is found in Colossians, the letter was probably written before the destructive 60 AD or so earthquake, soon after Paul arrived in Rome.

Paul’s letter to Colossae, addressed to the church in that area with special mention of certain Christians, demonstrates that Christianity had spread to the Lycus Valley by the middle of the 1st century AD. Papyrus 46, from 200 AD or earlier and found in distant Egypt, is a copy of Colossians that has preserved almost the entire letter, indicating the antiquity and authenticity of the Letter to the Colossians. Far more than merely a historical source about Christians in Colossae, the epistle also warned against heresies of religious syncretism, or combining and replacing beliefs of Christianity with other religions or worldviews (Colossians 2:8-23). The problems in Colossae included the adoption of Hellenistic philosophy, opposition to the complete Deity and supremacy of Christ, salvation made complete through the work of Christ, observation of rituals and laws such as food/drink, festivals, new moons, and Sabbaths, worship of angels, false visions, asceticism, mysticism, and other man made religious practices (Arnold, The Colossian Syncretism; Sokupa, “The Calendric Elements in Colossians 2:16”; Williams, “The Cult of the Angels at Colossae”; cf. Nag Hammadi library for gnostic belief that angels were creators; cf. Book of Jubilees for placation of angels and asceticism; cf. Book of Enoch for visions). These problems with false teachers are understandable in light of the religious diversity of Colossae, which included Hellenistic and Roman religion and philosophy, Phrygian religion, and Judaism, and Paul actually mentions Greeks, Jews, barbarians, and Scythians in reference to those in the area of Colossae (Colossians 3:11). A Phrygian name, Apphia, a resident of Colossae in the region of Phrygia with a name known from various inscriptions found in Phrygia, actually appears in a letter of Paul (Philemon 2; Hemer, The Book of Acts in the Setting of Hellenistic History). Historical sources demonstrate that Jews had lived in the region of Phrygia from at least the time of Antiochus III in about 200 BC when 2000 families were relocated from Mesopotamia (Josephus, Antiquities). Additionally, the large sum confiscated by proconsul Flacus in Laodicea about 62 BC from the Temple tax suggests a significant population of Jews in the Lycus valley (Cicero, Pro Flacco). Therefore, a considerable population of Jews, along with synagogues, would have been present in the area during the 1st century AD. Inscriptions, coins, and artwork from the ancient site show the Hellenistic and Roman character of people living at Colossae. Therefore, the presence of multiple ethnic groups and religions at Colossae as described by Paul is also attested from several other sources.