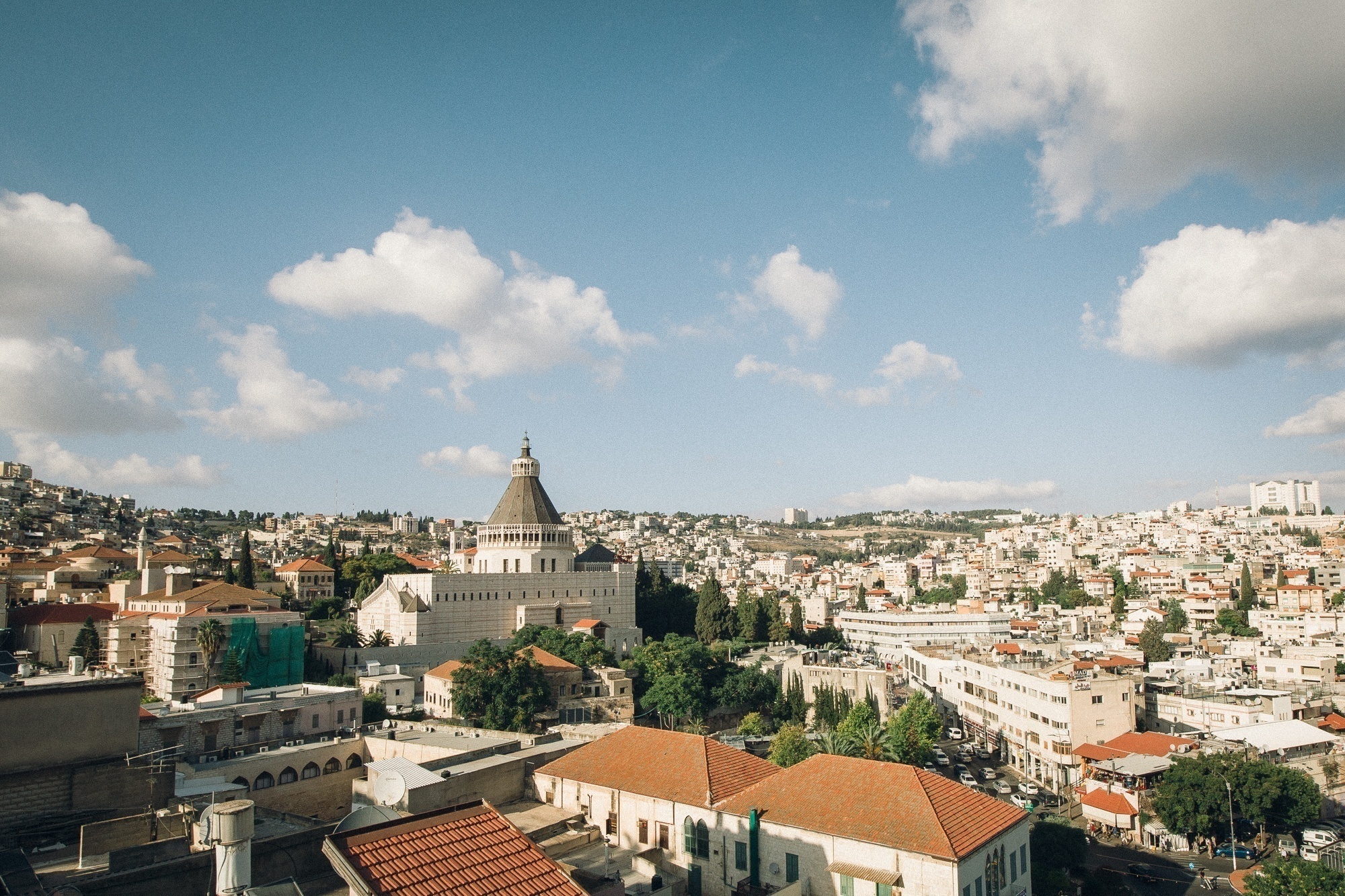 This is the Basilica of the Annunciation in Nazareth. It is right around here that the story of Jesus got started.

Nazareth was in the working class region of Roman-controlled Galilee. It was home to farmers and tradesmen – and a bit of the rabble. The people of the day questioned whether “anything good could come from Nazareth?” It’s here where the Gospels tell us that a young Jewish girl named Mary had a supernatural encounter with an angel named Gabriel.

… God sent the angel Gabriel to Nazareth, a town in Galilee, to a virgin pledged to be married to a man named Joseph, a descendant of David. The virgin’s name was Mary. The angel went to her and said, “Greetings, you who are highly favored! The Lord is with you.”

Mary was greatly troubled at his words and wondered what kind of greeting this might be. But the angel said to her, “Do not be afraid, Mary; you have found favor with God. You will conceive and give birth to a son, and you are to call him Jesus. He will be great and will be called the Son of the Most High. (Luke 1:26-32)

History and significance of the Annunciation

While the current Basilica of the Annunciation was built in 1969, its roots go way back to the 4th century when Emperor Constantine commissioned the construction of a church at this location. His mother, Helena, was traveling the area marking important locations in the life of Jesus. Here, she discovered a shrine in a cave that pilgrims treated as Mary’s childhood home. This is known as the “Grotto of the Annunciation” to this day. Constantine’s church existed until it was totally destroyed during the Muslim conquest in the 7th century. Since that time, other churches were built and destroyed, until the version you see here today.

In a nutshell, Roman Catholic tradition holds that the Annunciation occurred in Mary’s home, which is marked by The Basilica. Greek Orthodox tradition maintains that the encounter happened while Mary was drawing water from a local spring. This is the location marked by the Greek Orthodox Church today.