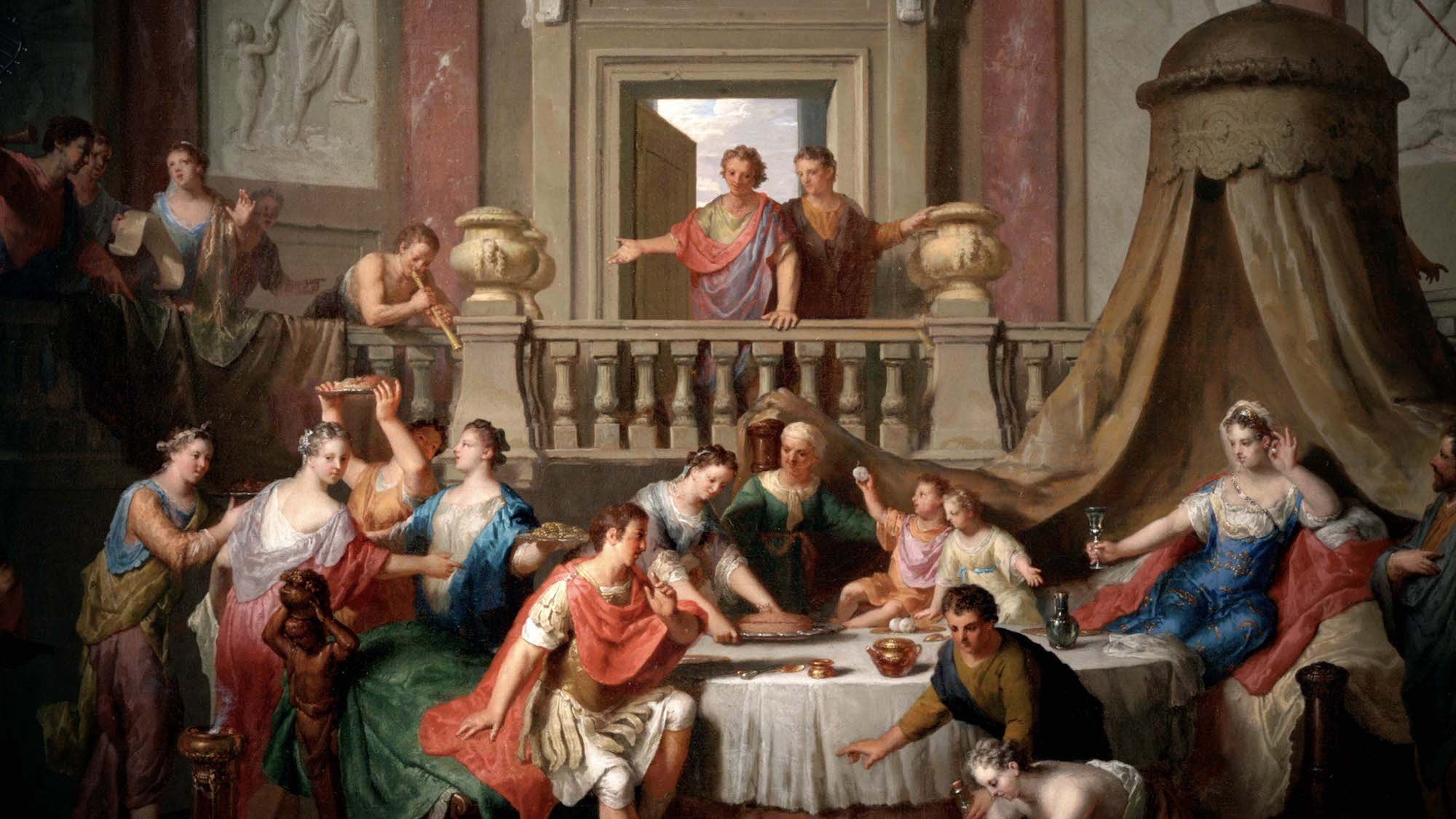 Herod Agrippa and the Early Church – Herod moving into power

Many think of the name Herod Agrippa when they think of the persecution of the early church. However, Herod wasn’t the first of his kind. During the early church, the Roman Empire entered a state of change. Emperor Tiberius spent most of his final decade in seclusion, while the Roman bureaucracy ruled the Empire. Tiberius died in 37 AD and was succeeded by his great-nephew, Gaius – now known to history by his childhood nickname of Caligula.

At first, Caligula’s reign was rich with promise. He was young, energetic and popular. But, he quickly turned out to be an evil madman, obsessed with a vision of himself as a living god. As the heir of Julius Caesar and Augustus, both of whom were deified in death, Caligula declared himself a god during life and demanded that he be worshipped alongside all the other gods in the Roman Empire. Though his reign turned out to be short (killed at the hands of his own Praetorian guards in 41 AD), his crazy demands had long-term fallout.

Prior to Caligula, Rome had a fairly tolerant view of other religions. This meant that the various people groups under Roman control could worship whoever and however they wanted, as long as they paid homage to the Roman Emperor and did not defy the Imperial cult. This policy of tolerance did much to promote peace throughout the Roman Empire. However, Caligula’s actions were considered a violation of this policy and inflamed resentments, especially in places like Judea. It seems Caligula took it too far when he proclaimed divinity and started erecting statues of himself around Jerusalem.

Another act that affected the future of Judaism and the spread of the Jesus movement was Caligula’s appointment in 37 AD of Herod Agrippa, grandson of Herod the Great, as king over the lands Herod Philip had ruled as tetrarch. Two years later, Caligula also took the lands of Galilee and Perea from Herod Antipas and gave those to Herod Agrippa as well. It turns out that Herod Agrippa was visiting Rome when Caligula was assassinated, and he aided Claudius in solidifying his successor role as emperor. Claudius was loyal to Herod Agrippa for this act and later appointed him king over all of Judea and Samaria, giving him pretty much the same territory that his grandfather, Herod the Great, had ruled. This meant that Herod Agrippa had great control over the region that the early church was growing in.

Herod Agrippa and the Early Church – The Start of Persecution

Herod Agrippa was raised in Rome, but he was conscious of the role of Judaism in his territory. As a politician, he publicly supported the religious leaders in and around Jerusalem. In order to gain favor with them, Herod Agrippa started a major attack against the Jesus movement, the early church. It appears that Agrippa’s first high-profile victim was James, the son of Zebedee. According to the Gospels, we know that James was a fisherman, apostle, and brother of John.

It was about this time that King Herod arrested some who belonged to the church, intending to persecute them. He had James, the brother of John, put to death with the sword. When he saw that this met with approval among the Jews, he proceeded to seize Peter also. (Acts 12:1-3)

Herod Agrippa put Peter in prison, and had him guarded by four squads of four soldiers each. Herod intended to bring him out for public trial after the Passover celebrations.

The night before Herod was to bring him to trial, Peter was sleeping between two soldiers, bound with two chains, and sentries stood guard at the entrance. Suddenly an angel of the Lord appeared and a light shone in the cell. He struck Peter on the side and woke him up. “Quick, get up!” he said, and the chains fell off Peter’s wrists. (Acts 12:6-7)

Peter put on his clothes and followed the angel past the guards and right out of the prison. Peter had no idea if this was a dream or really happening. They got to the main gate leading to the city, and it just opened by itself. Peter walked through and the angel was gone.

Then Peter came to himself and said, “Now I know without a doubt that the Lord has sent his angel and rescued me from Herod’s clutches and from everything the Jewish people were hoping would happen.” (Acts 12:11)

Herod Agrippa died in 44 AD while presiding over a festival of games at Caesarea. According the Roman historian Josephus, Herod was decked-out in royal garments made entirely of silver. He was a spectacle to behold and the people cried out that he was a “god.” Both Josephus and the Book of Acts go on to say that just after being hailed as divine by the crowd, Herod was gripped by sharp pain in his stomach — apparently some type of worms — and he died five days later. Acts simply says it was “because he did not give God the glory.”

Herod Agrippa’s son, Agrippa II, would serve as the seventh and final king from the Herodian family. According to Acts, Chapter 25, it was Herod Agrippa II that later participated in the trial of Paul at Caesarea.