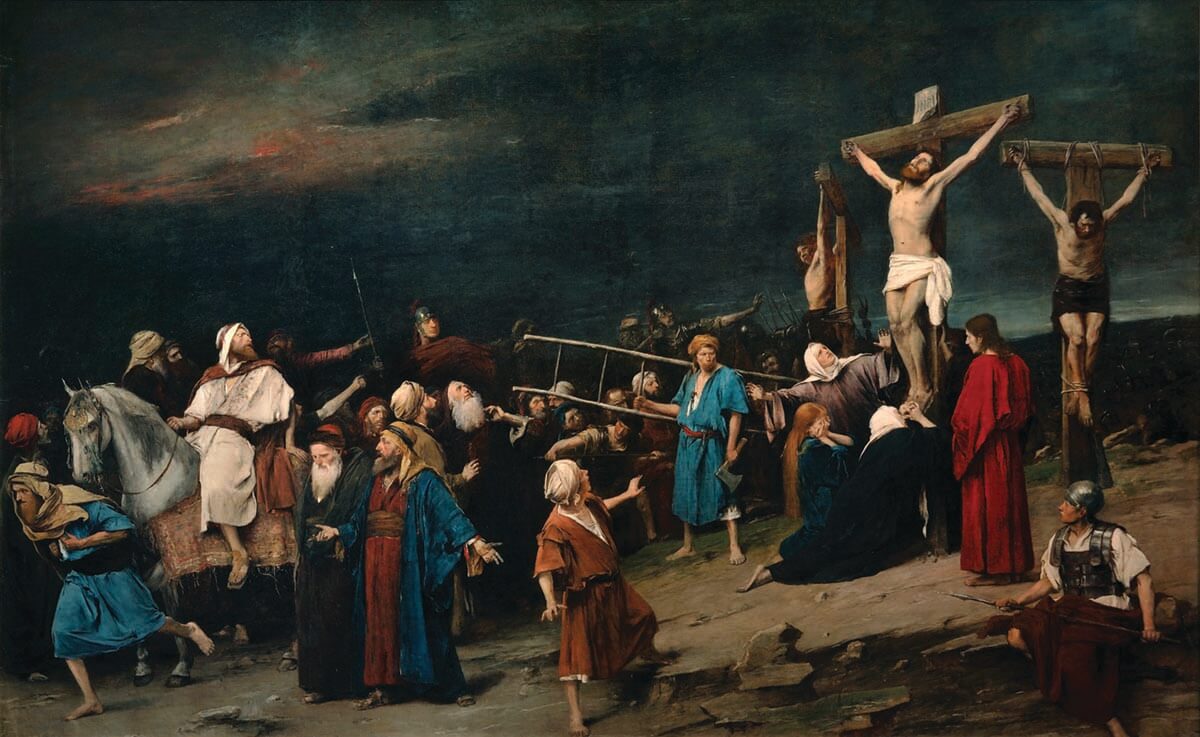 The Gospel texts identify the location where the Romans carried out crucifixions as Golgotha – which, in Latin, translates as, “Calvary.” In Aramaic, Golgotha means the “place of the skull.”

So the soldiers took charge of Jesus. Carrying his own cross, he went out to the place of the Skull (which in Aramaic is called Golgotha). There they crucified him, and with him two others—one on each side and Jesus in the middle. (John 19:17-18)

The location for Golgotha was identified in ancient writings as a hill resembling a skullcap — the top of a skull — rather than the face of a skull. Additionally, all four Gospels refer to the hill using the Greek word “kranion,” meaning cranium or upper part of the skull. Therefore, it was probably a rounded hill. The mistaken understanding of the place referring to the face of a skull has lead to misidentifications over the centuries.

According to the Gospels, Golgotha was near the city, but outside the city walls, outside “the gate.” It was a location that was accessible to people walking by on a road, and it could be seen from far away. The traditional location of the crucifixion was established when Helena of Constantinople came to Jerusalem in the 4th century AD and stated that the crucifixion had occurred on a specific hill, which was supposedly “about a stone’s throw” from where the tomb of Jesus was situated.

The Church of the Holy Sepulcher was built over Jesus’ tomb, and eventually the complex was expanded to include the traditional hill of Golgotha. Archaeological investigations have shown that the church lies north of the walls of Jerusalem from the time of Jesus, and is in an area that was a quarry until the 1st century BC, when it was filled and became a garden. Excavations also revealed that the traditional Golgotha location was outside the city walls during the time of Jesus, and multiple tombs from the 1st century BC to the 1st century AD were discovered in the area.