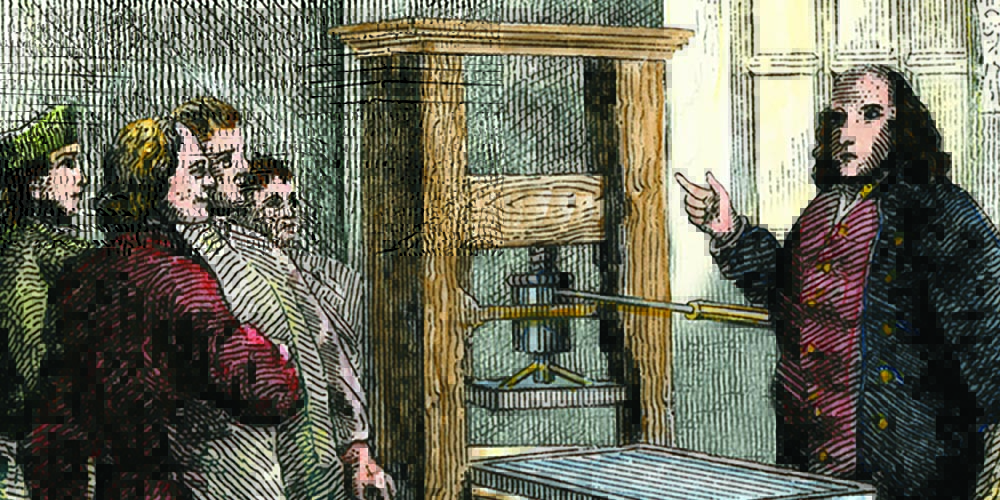 Ben Franklin started his life as an extremely successful printer. He learned the trade from his older brother and moved from Boston, where he was born, to Philadelphia, where he became the publisher of The Pennsylvania Gazette. He also distributed a wildly popular yearly almanac under the pseudonym, Richard Saunders. He called it Poor Richard’s Almanac.

As a scientist, Ben Franklin took the world by storm, conducting experiments in electricity, what they called at that time, electrical fluid. Some of his experiments became legendary. On a stormy June day in 1752, Ben Franklin, along with his son, William, flew a kite with a wire poking out of it. As the Philadelphia skies darkened, and the kite’s string bristled with electricity, Franklin brought his knuckles close to a brass key dangling from the end of the string. A spark leaped through the air, giving him a powerful jolt, thus proving that lightning, at the time a rather mysterious phenomenon, was simply electricity. This, along with other experiments, led to Franklin’s invention of the lightning rod, a device that has protected untold numbers of buildings and lives to this day.

Ben Franklin was an impressive inventor, creating the Franklin stove, a urinary catheter, a glass harmonica, swim fins, and those famous bifocals. However, the most amazing thing about Franklin is that for all his inventions, he never sought a patent. He gave his inventions to the world, freely. In his autobiography, Ben Franklin wrote, “As we enjoy great advantages from the inventions of others, we should be glad of an opportunity to serve others by any invention of ours, and this we should do freely and generously.” Franklin, like so many of our nation’s greatest leaders, was motivated not out of fame or monetary gain, but service to others and the greater good.

In 1764, Ben Franklin was dispatched to England, as an agent for the Pennsylvania colony, to petition King George to establish central British control of Pennsylvania away from its hereditary proprietors. In London, Franklin opposed the Stamp Act and took a principled stand against the Townsend Acts of 1767. His opposition to unjust taxation by the crown spelled an end to his dream of a career in the British government. It also led to an irreconcilable break with his son, William, who remained loyal to the crown.

Ben Franklin then began his long journey home. By the time he arrived back in Philadelphia on May 5th, the American Revolution had begun. The Pennsylvania Assembly unanimously chose Franklin as their delegate to the Second Continental Congress. In 1776, he was a member of the committee of five that drafted the Declaration of Independence, and made several small changes to Thomas Jefferson’s draft. At the signing, he is quoted as saying, “We must all hang together, or assuredly, we shall all hang separately.”

Like the other advocates of republicanism, Ben Franklin emphasized that the new republic could survive only if the people were virtuous. Indeed, all his life, he had been exploring the role of civic and personal virtue, as expressed in Poor Richard’s aphorisms. On July 4, 1776, Congress appointed a committee that included Benjamin Franklin, Thomas Jefferson, and John Adams, to design the Great Seal of the United States. Each member of the committee proposed a unique design. Franklin’s proposal featured the motto, “Rebellion to tyrants is obedience to God.” The design even featured a scene from the book of Exodus, complete with Moses, the pillar of fire, the Israelites, and King George portrayed as Pharaoh.

At the Constitutional Convention in 1787, when the convention seemed headed for disaster due to an endless and rancorous debate, the elderly Ben Franklin requested that each day’s session begin with prayer. Franklin recalled the days of the Revolutionary War, when the American leaders assembled in daily prayer, seeking Divine guidance from the Father of Light. He then rhetorically asked, “And have we now forgotten that powerful Friend, or do we imagine that we no longer need His assistance?”

Ben Franklin died on April 17, 1790, at the age of 84. Approximately 20,000 people attended his funeral. He is buried at the Christ Church Burial Ground in Philadelphia, and his grave has become a revered site, visited by thousands of people annually.