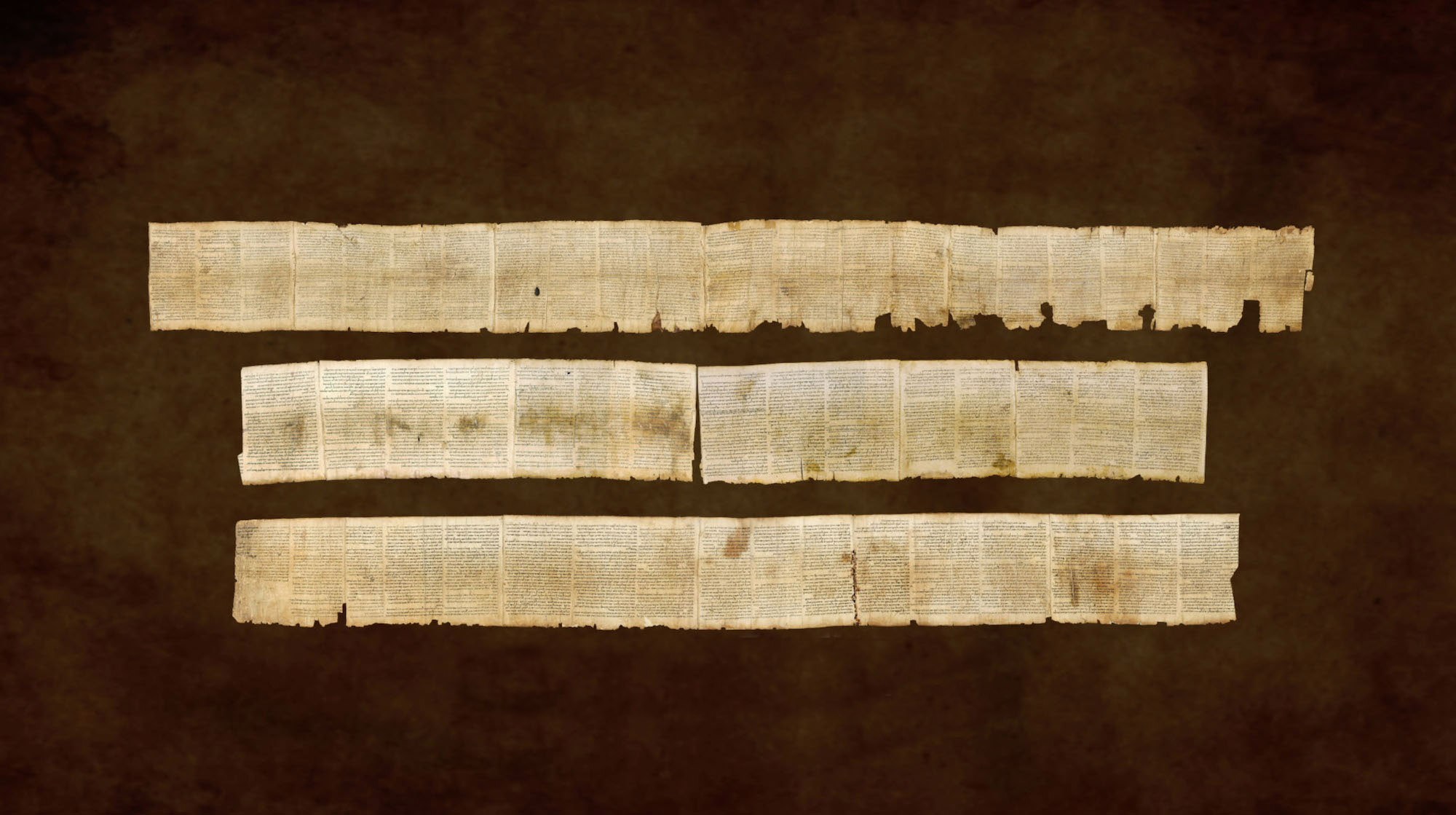 The original texts of the four Gospels, called the autographs, were written in the 1st century AD using ink on papyrus and parchment. Now, almost two thousand years removed, the autographs are either no longer in existence or at best fragments of those manuscripts are perhaps undiscovered. However, because of meticulous and careful copying over the centuries, the Gospel texts available today are essentially the same as those first written nearly two millennia ago.

Thanks to the preservation of ancient texts in libraries, monasteries, and churches, and the uncovering of additional ancient texts due to archaeology, there are hundreds of ancient manuscript copies of the Gospels in the original Koine Greek currently known. There are at least 43 papyri and 14 parchment Gospel manuscripts for a total of 57 known from the period covering the first three centuries after the autographs, up to the approximate time when Christianity was officially supported as the imperial religion of the Roman Empire with the Edict of Thessalonica in 380 AD. While the parchment manuscripts are fewer in number, they are also more complete, including two codices that contain nearly the entire four Gospels. If each Gospel is counted separately, then the number rises to 63 Gospel manuscripts from the first three centuries after the Gospels were first written. The most numerous Gospel manuscripts are of Matthew (26) and John (23). The earliest of these known manuscripts are P52, which contains sections of John and dates to as early as 90 AD or so, and unpublished fragments of Matthew and Mark from sometime in the 1st century. Additionally, ancient translations of the Gospels into other languages exist in Syriac, Latin, Coptic, Slavic, Ethiopic, and Armenian which are not counted among these manuscripts since they are not the original Koine Greek language versions. At first glance, it may not seem particularly impressive that there are only a few manuscript fragments of the Gospels from a few decades after they were composed, and only 63 total from the first three centuries. However, when compared to existing manuscripts of other ancient works, such as the Iliad of Homer, Gallic Wars of Caesar, Annals of Tacitus, plays of Euripides, Flavius Josephus, and Philo of Alexandria, there is a stark contrast. Homer wrote the Iliad in about 800 BC, but the earliest manuscript fragment dates to the 3rd century BC, over 500 years after its composition, and most Iliad manuscripts are much later. Euripides wrote plays near the end of the 5th century BC, but the earliest known manuscript fragments are from the 4th century AD, over 700 years later. The Gallic Wars by Julius Caesar, written in 55 BC, is only survived by 10 ancient manuscripts of which 850 AD is the earliest. The Annals of Tacitus, written after 100 AD, is attested by two ancient manuscripts no earlier than 900 AD. The famous Philo and Josephus fare only a little better. The writings Philo of Alexandria, which date to before 50 AD, are represented by only 3 ancient fragments from about 250 AD. Josephus, who finished his works by 93 AD, is best known from a ca. 900 AD Greek manuscript, while the earliest copy of Josephus is a 5th century AD Latin translation. Manuscripts of 3 of the Gospels which date to within 50 years and about 15 manuscripts which date to within 150 years of their composition exist, while these other ancient works are only represented by copies from over 200 years after they were first written, at best. Even while under persecution and suppression by the government, Christianity flourished and the Gospels continued to be copied and circulated, surviving intact to the present day.